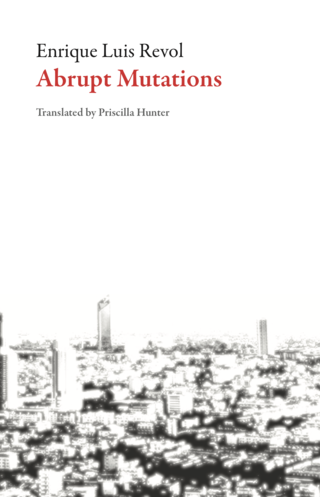 "Abrupt Mutations is baggy and its materiel is the very opposite of pared prose . . . The example of James Joyce’s Ulysses is evident . . . in this unashamedly literary, meta-fictional experiment."

"Red Ana and Driving Blind: The Hyperreal and Eliseo Subiela's Search for the Present and Suprarealism in Wake Up Love (1996)." In Eliseo Subiela, The Poet of Latin American Cinema (Mellen 2014)

"Membrez's excellent compendium is a successful assemblage of . . . splendid criticism . . . These are all solidly theoretically grounded interpretive critiques that demonstrate admirably the complexity of Subiela's work . . ."

Abrupt Mutations leads the reader on a humorous, meandering tour of 1960s Megalopolis, at the heart of which is a hotly anticipated gathering of the city's culturati at the home of O Jango, a Brazilian billionaire and aesthete equally revered and reviled by his fellow Megalopolitans. Parodying a number of literary styles, including the detective novel and science fiction, Revol's novel is first and foremost a Menippean satire of the cosmopolitan west in the sixties, detailing hilariously but humanely the lives of intellectual and artistic émigré's who have fled from dictatorships and found in their adopted city opportunities for personal freedom and pleasure they previously could never have dreamed of.